Delaney Reynolds: “Sink or Swim” for Kids (of all ages) 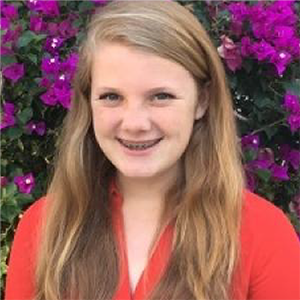 In conjunction with the Curtiss Mansion and Smithsonian Institution’s Water/Ways exhibit, come meet acclaimed Miami teen environmental activist and TEDx speaker Delaney Reynolds, who will talk about the “Sink or Swim” project and what people of all ages can do to protect the environment. She will also be distributing her self-illustrated action comic book and endangered species stuffed animals.

Admission and parking for this family-friendly event are FREE and open to the public (donations are gratefully appreciated).

17 year-old Delaney Reynolds was born in Miami and is a High Honor Roll student at Palmer Trinity School. She is a published author and illustrator of three children’s books as well as a comic book on environmental and ecology topics. She’s a graduate of the Outward Bound Academy of Agents of Change Leadership Training, a yearlong program that took her mountain climbing in North Carolina, hiking to the top of a volcano in Ecuador and diving with sharks, penguins and sea turtles in the Galapagos. In mid-February she returned from a week long Marine Biology Expedition in Hawaii where she swam with dolphins and giant manta rays, followed whales and explored volcanoes, black sand beaches and rain forests.

Delaney is a graduate of the University of Miami’s Summer Scholars Program, where she earned a Certificate in Marine Biology, as well as Vice President Al Gore’s Climate Reality Training. She sits on The Cleo Institute’s Youth Task Force, is a Dream in Green Youth Ambassador and gave her first TEDx talk on February 26th at the Adrienne Arsht Center in Miami about her work on sea level rise.

In school she is a member of the Spanish Honor Society as well as an officer in a number of organizations including the Marine Conservation Club, The Wilderness Club and The Eco Club. She’s also the manager of her school’s renowned Coral Lab, is a Peer Counselor, a member of the Diversity Leadership Committee and a shooting guard on the varsity women’s District Championship basketball team. In her spare time she enjoys spending time in and around the ocean with her family, alternative rock music and playing for her AAU Club basketball team.
Delaney is the founder of The Sink or Swim Project and www.miamisearise.com a community educational program focused on the risks of global warming and sea level rise as well as the solutions that her generation must undertake to prevent catastrophic disaster.