Origins of the River Cities Regatta (aka Festival) 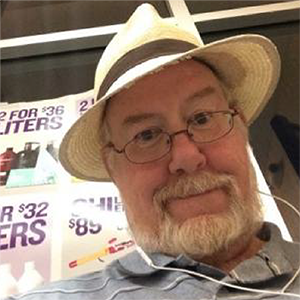 In conjunction with the Curtiss Mansion and Smithsonian Institution’s Water/Ways exhibit, come meet “Mr. Water” and learn some local history!!!

Known throughout South Florida as “Mr. Water”, local environmental activist Joe Podgor’s passion for water has a fun side. In 1973, he started the River Cities Regatta to draw attention to the undesirable state of the Miami River by involving five municipalities that abutted the waterway. The Regatta (now a festival) has become an annual signature event in Miami Springs, and celebrated its 43rd year in April 2016! Come to this talk as Joe digs deep into his archives and shares his vintage photos and tales about what it was like “back then” and the history of the River Cities Festival.

Joseph “Joe” Podgor has served on dozens of local, state, and federal advisory committees, and has been honored locally and nationally for his volunteer work to protect valuable environmental resources for the betterment of South Florida. He pioneered groundwater protection in the United States with the enactment of local regulations to protect wellfields and public drinking water supplies. He is among those who first fostered the formation of the Everglades Coalition, a national conglomerate of groups committed to saving the world’s most precious wetland.

Born in Philadelphia, Joe arrived in Miami Springs with his family when he was 11 years old. Following graduation from the University of Pennsylvania, including two years at the Wharton School of Finance and Commerce, Joe dedicated his efforts, knowledge and skills to a better environment through awareness and service:

Today, Joe is in sales for Apple Computer, Inc., engages in private environmental consulting work and is a Special Master for Miami-Dade County’s Code Enforcement Division of the County Clerk’s Office, in which he is a Hearing Officer presiding over cases ranging from zoning to environmental protection.