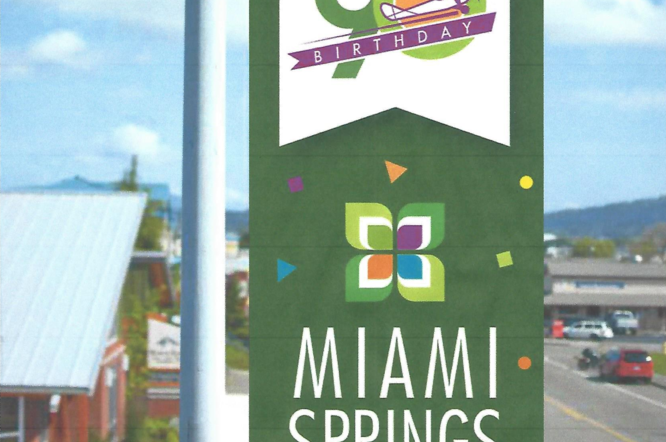 The City of Miami Springs was founded by aviation pioneer, inventor, developer, and American hero, Glenn Hammond Curtiss, and was incorporated on August 23, 1946. This year the City Council was so pleased about hosting the Smithsonian’s Water/Ways that they voted unanimously to change the date of its 90th birthday party to incorporate the arrival of the exhibit.
Past celebrations traditionally took place in and around the City’s large traffic circle in the middle of downtown. This year’s birthday will be a three-day event featuring the City’s three largest properties – the brand new aquatic center, the refurbished municipal golf course that had been ravaged by recent hurricanes, and the restored Curtiss Mansion, home of city founder, Glenn Curtiss.
The kick-off cocktail reception at the Mansion is scheduled for Friday, Sept. 9. The program will open with folk singer Grant Livingston singing an original composition, “Water Matters,” and the ribbon cutting for the Water/Ways exhibit. Grandpa Emeritus Ken Wilde’s “Generations of Water Fun” photographs taken by one generation of the other will be on display and contest winners will be announced, along with other presentations. The following day is Family Fun day at the aquatic center with water sports, activities, safety and fun served with cupcakes, party treats and jump houses. The third day is a 1920’s-style golf tournament on the course that City founder Curtiss had the Seminole Tribe of Florida build; its underground springs were, and to some extent still are, the water source for the entire county.
Throughout the exhibition’s six-week stay, almost every aspect of water has a place on our busy agenda. There will be panel discussions from Florida International University professor, Dr. Jennifer Vielleux, and University of Miami professor, Dr. Harold Wanless, and also water consultant and “Water Princess” Irela Bague and teenage Sink or Swim founder, Delaney Reynolds, which we hope will be televised by WLRN, our local public radio and television station. Dara Schoenwald from Volunteer Cleanup and organizer of the new water stations on Miami Beach will be on board to explain a new world of wise water usage. Teacher Debbie Hibbitt’s high school students created terrapin turtles from recycled and reclaimed water trash that will be used to mark the Terrapin Trail along with turtle information plaques. The Trail will start at the Mansion and lead to the on-site acre pond where “Shall We Gather at the River” chorus will perform songs of redemption, salvation and purification in the Southern Negro Spiritual tradition conducted by Florida Memorial University Music Director, Dr. Nelson Hall. Cuban and Haitian exiles who “Braved the Florida Straits” will give first-hand accounts and memories of perilous water journeys away from dictators and terror to freedom and democracy.
What would a water exhibit be without a Family Day? The day at the Curtiss Mansion will include booths from Miami Science Barge, Kids 4 Sharks, Debris Free Oceans, Miami-Dade Extension Services water barrels and conservation division, Rescue a Reef, Biscayne Nature Center, as well as performances by Fantasy Theater Factory and the return of Grant Livingston.
Other programs include a virtual canoe tour of local waterways by canoe enthusiast Bob Williams, identification South Florida water birds by the Tropical Audubon Society, and presentations by the Curtiss Explorers, 8th grade researchers of American unsung heroes and (s)heroes, with a focus on water-related activities this year. And almost everyone’s favorite use of water – beer! Beer is 97% water, so water quality is very important. Craft-beer aficionado, Paul Bithorn, will be on tap to serve up some fine tasting brews, along with some hints for home brewers.
In a sentence, YES, the City of Miami Springs is excited about hosting Water/Ways!! 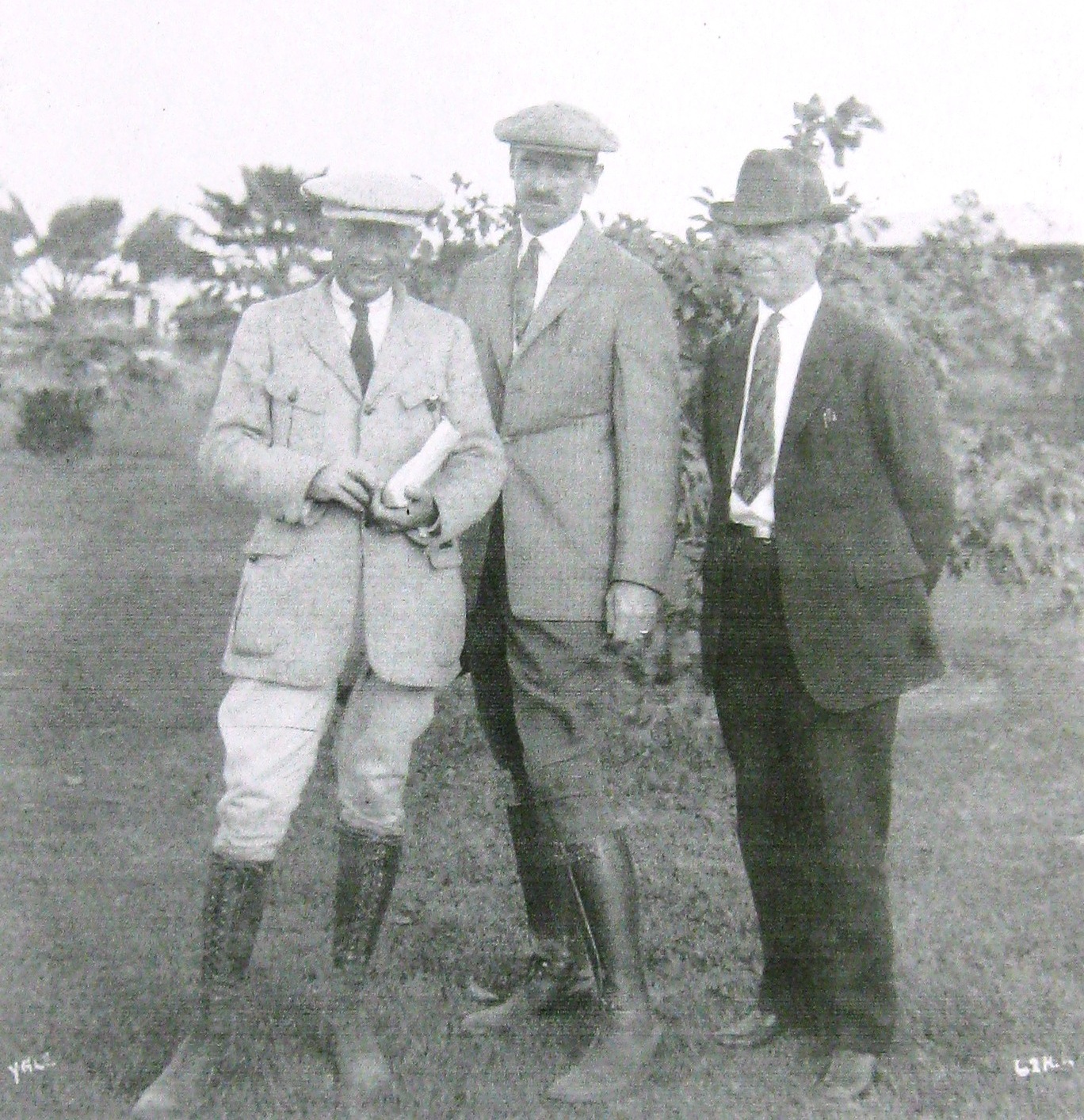 The Curtiss Mansion, home of aviation pioneer and founder of the City of Miami Springs Glenn H. Curtiss, was devastated by three arson fires in the 1990s. It was reopened to the public in 2010 after extensive restoration. 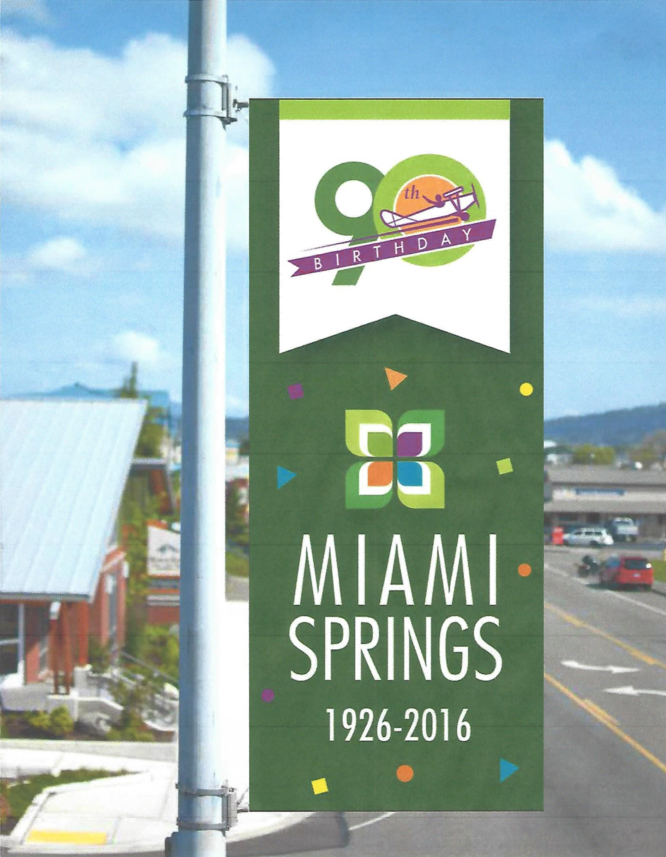