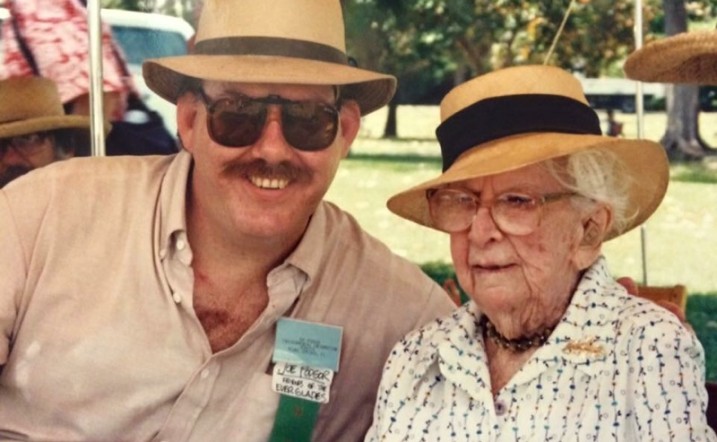 Joseph “Joe” Podgor, or “Mr. Water” as he is lovingly referred to in Miami Springs, FL, has served on dozens of local, state, and federal advisory committees, and has been honored locally and nationally for his volunteer work to protect valuable environmental resources for the betterment of South Florida. He pioneered groundwater protection in the United States with the enactment of local regulations to protect wellfields and public drinking water supplies. He is among those who first fostered the formation of the Everglades Coalition, a national conglomerate of groups committed to saving the world’s most precious wetland.

Born in Philadelphia, Joe arrived in Miami Springs with his family when he was 11 years old. Following graduation from the University of Pennsylvania, including two years at the Wharton School of Finance and Commerce, Joe dedicated his efforts, knowledge and skills to a better environment through awareness and service:
• Founder and long-term member of the City of Miami Springs Ecology Board 1973
• First proposed the LakeBelt, a wetland protection and reservoir plan to safeguard water quality in the primary recharge areas of the Northwest Wellfield in Miami, 1975
• Campaigned for the restoration of the Everglades since 1975, succeeding in gaining allies and ultimately a movement that resulted in a national effort through federal programs to restore the Everglades over a 50-year period
• Assistant to the Director of the Drinking Water Quality Research Center at Florida International University, 1976-78
• Initiated the petition and successfully campaigned for the protection and designation of Miami’s drinking water supply, the Biscayne Aquifer, as a “Sole Source” under the Federal Safe Drinking Water Act, 1978
• Co-editor of proceedings of symposia sponsored by the National Science Foundation, The Handbook of the Biscayne Aquifer, 1978
• Initiated and successfully campaigned for the first drinking water wellfield protection regulation in the country, the North West Wellfield Protection Ordinance, early 1980s
• Director of the Dade Toxics Project, an EPA-sponsored program to educate the public on issues involving toxic substances and hazardous wastes in the environment of Dade County, 1980
• Editor and contributing author of the Dade County Environmental Story, an anthology of essays and a teacher’s workbook on local environmental issues, used by the Miami-Dade County Schools, 1980-1993
• Director of the Environmental Information Service of Friends of the Everglades, group formed by Marjorie Stoneman Douglas, a staunch defender of the Everglades and author of “The Everglades: The River of Grass,” 1980-1995
• Executive Director of Friends of the Everglades, 1991-1995
• Author of 33 publications focusing on environmental issues in South Florida
• Current advisory team member of the Arthur Marshall Foundation’s Environmental Institute and alternate representative to the National Everglades Coalition

Joe’s passion for water has a fun side. In 1973, he started the River Cities Regatta to draw attention to the undesirable state of the Miami River by involving five municipalities that abutted the waterway. The festival celebrated its 43rd year in April 2016. Enough said? Today, Joe is a private consultant on environmental issue systems for Apple Computer, Inc., and is a Special Master for Miami-Dade County’s Code Enforcement Division of the County Clerk’s Office, in which he is a Hearing Officer presiding over cases ranging from zoning to environmental protection. We are eternally grateful to Joe for his foresight and tireless efforts to create a better world for generations to come. 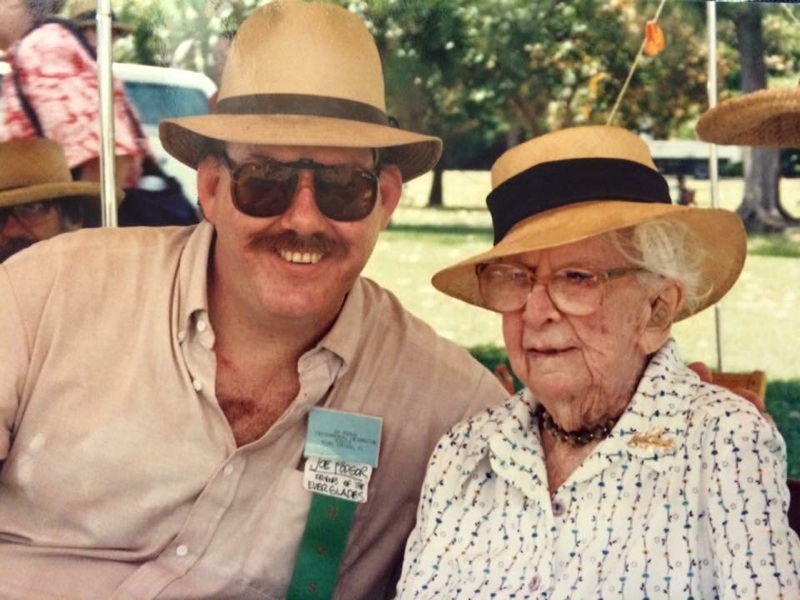 Joe Podgor with writer, journalist, feminist, and environmentalist Marjorie Stoneman Douglas in 1990 on the occasion of her 100th birthday. Ms. Douglas lived to be 108. 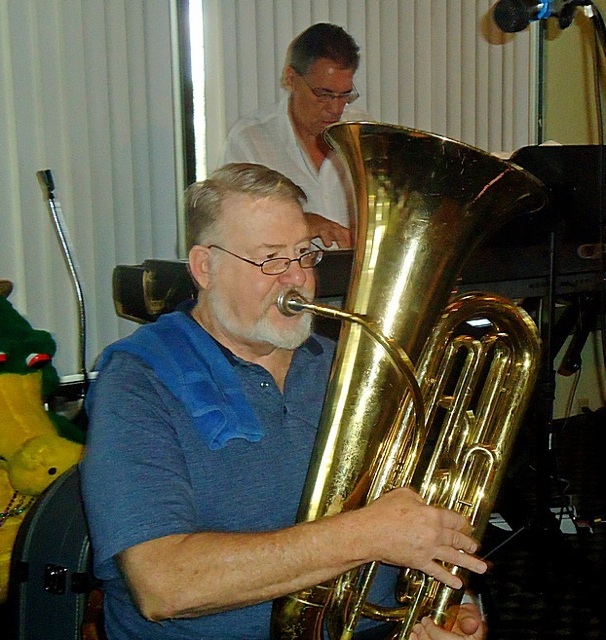